On Tuesday, April 14, 2020, the Blaine County Board of Commissioners signed a proclamation recognizing the Blaine County Emergency Communications Center team as first responders and the supporting the 911 Supporting Accurate Views of Emergency Services (SAVES) Act. This follows a growing movement where several states and agencies have begun recognizing telecommunicators and dispatchers as first responders. Following the proclamation signing, the Board took further recognition of this vital team of employees by adjusting the wages and schedule of the first responders as well…

PENDER COUNTY, N.C. (WECT) – After a boy was bullied for dressing up as a sheriff’s deputy, local deputies and an officer stepped up to help.

Daniel Thigpen, a 2nd grader at Penderlea Elementary school, was excited to dress up as a Pender County Sheriff’s Deputy for career day at his school on Thursday

His mother, Lizzie Williamson, works as a dispatcher for the Pender County 911 Communications Center. She posted on Facebook about the situation and that’s when deputies reached out, wanting to help make… READ MORE 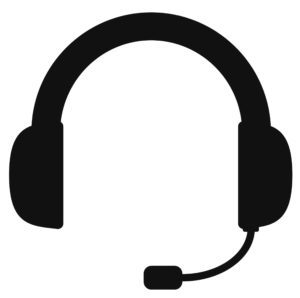 Will Grace take the leap to a new career as a public safety telecommunicator?

Editor’s Note: This is the first installment in a series of fictional dramatizations about the trials and tribulations of a public safety telecommunicator. The story is fictional, but the circumstances are real for many employed in public safety communications.

From her vantage point in the parking lot, Grace could clearly see the entryway to the building she hoped would lead to a new career and a bright future for her and her 3-year-old son, Nick.

Blazoned across the glass of the door in bright, gold lettering it read: “Taggart County Emergency Communications”…

On Memorial Day 2019, severe storms ravaged states from Idaho and Colorado to Pennsylvania and New Jersey. Forecasters estimate that nearly 55 tornadoes may have touched down across eight states in this region, and some of the heaviest damage occurred outside of Dayton, OH. Beavercreek Township, situated approximately 10 miles Southeast of Dayton, experienced an EF3 tornado with winds as high as 140 miles per hour. The tornado touched down in neighboring Montgomery County around 11pm, tearing through Greene County and leaving miles of destruction through Beavercreek and surrounding areas… READ MORE

On the call to 911, a voice describes an emergency involving an infant.

Emotion escalates. What can be done? How long before help arrives? Will she make it?

Among Bladen County’s trained elite, first responders act quickly. There’s a team, from the calm voice on the line of the 911 call to those responding to the dispatch.

Shake your head at these silly 9-1-1 calls (Canada)

It’s time to shake our collective heads once again at the ridiculous reasons that some people call 9-1-1.

E-Comm recently published its top 10 you’ve-got-to-be-kidding-me calls for service in 2019.