The residents of Portland are getting a look at the future of police services, and response time in Portland. It’s not going to be pretty, judging from this Oregonian headline:
“Intruder with knife, boy being held: No Portland police response for 1 hour, 36 minutes.”

The incident that the headline refers to occurred as dueling protestors were engaged with each other in downtown Portland. They numbered in the hundreds with only 30 officers on hand to deal with them, and another incident in East Precinct that required multiple officers… READ MORE

When faced with an emergency, we’re taught to recognize another group of essential unsung heroes: 9-1-1 dispatchers. Every day in over 6,000 public safety call centers in the U.S., 9-1-1 dispatchers are picking up the phone to help people in crisis, some facing their worst nightmares.

Operators are tasked with gathering information that forms the foundation of the response by law enforcement, fire departments and emergency medical services. Remaining patient and calm in what can be incredibly high-stress, high-pressure situations is no small feat… 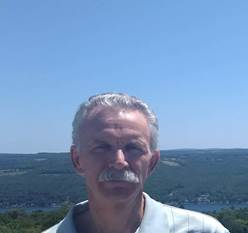 Editor’s Note: Eric Harne’s column describing Communications Mapping (posted on the Journal website) drew such a large readership that we decided to ask him a few questions about his system. He graciously accepted. His Angry Customer Protocol (ACP) (July/August 2020 Journal) is available in the July/August 2020 issue of the Journal.

Journal: What are the system goals?

Eric: The system focuses on two goals: reduce telecommunicator stress and improving performance. Because I had an actual real-life laboratory (the 911 Center), I was able to test it out there with my own calls and found that if I followed the rules of the ACP and Mapping — it consistently worked.

Journal: Describe your results (expand on “it consistently worked).

Eric: What I discovered was that a calm, objective call taker who takes nothing personally can successfully navigate most issues associated with an angry/scared/irritable caller and reach a successful outcome without being stressed out.  That observation would appear to be self-evident, but unfortunately, it’s not.  There’s almost an innate need with some call takers to not only take offense to a disrespectful, obnoxious caller, but to also point out that offensiveness/obnoxiousness rather than focus on the caller’s problem.  It’s a waste of time, effort, and could possibly have dire consequences in a life-threatening situation.

Journal: How would a telecommunicator test the system – what do you suggest?

Eric: First, read and internalize the rules associated with the ACP.  Some people may balk at a few of them; for instance, they may disagree with the assertion that a call taker should not expect respect from the public.  If you have that expectation, you’re going to be miserable.  This profession doesn’t lend itself to the niceties of general conversation.  It’s simply the nature of the job.  I would ask a telecommunicator to suspend any preconceived notions regarding caller interactions, read the rules and accept them – at least temporarily until you can test the system.  As I mentioned earlier, one of the goals of the ACP is to reduce calltaker stress. Focusing on the message and rather than how it’s delivered is a big step towards accomplishing that objective.

Secondly, before you begin taking phone calls, put a picture of the Communications Map in your mind. Think about where you should be on it – hopefully at calm and objective.  When you receive a call, determine the caller’s location on the same map.  Wherever they may be, always use the rules of the ACP to maintain your position (calm/objective). Seriously, what difference does it make if they’re cursing? So what if they’re using demeaning language?  I’m not asking these questions flippantly.  Matching a caller’s bad behavior serves no useful purpose except to make the call taker look unprofessional.  And if that same call turns into a disaster inviting public scrutiny, keep in mind that being courteous and ignoring a caller’s insults takes only a few seconds, but an audio recording of you berating that same caller lasts forever on social media.

Like anything else, for Mapping and the ACP to be effective they require consistent use.  And when you’re effective confidence goes up and stress is reduced.

Journal: Your column (the Communications Mapping) drew a sizable audience. To what do you attribute the interest (such as a topic that touches on every telecommunicator – dealing with a tough customer)?

Eric: I believe there’s always an interest in ideas that assist in making telecommunicators more effective and improve performance.  However, the principles espoused by Communications Mapping are pretty universal when it comes to interacting with difficult people.  Whether it’s a police officer on the beat, an employee in a call center, or some other occupation dealing with customer service, there’s a desire for useful information in that regard.

Journal: Other telecommunication projects in the works?

Eric: There is one in progress that once again centers on telecommunicator stress.  However, at this point I’m still focusing on Communications Mapping/ACP.  Perhaps at some point the system could be considered for inclusion in the NAED’s ETC certification course.

Journal: Your background in emergency communications.

Eric: I’ve spent the last 22 years as a 911 telecomunicator/dispatcher.  I’m also a trainer.

Journal: What drew you to the profession (and what keeps you there)?

Eric: I came to the occupation as a fluke.  It was never an aspiration.  However, after a few years it was obvious this was a profession that required a unique set of skills that very few people possessed.  I’m proud to be a part of the invisible guardians.

Eric Harne is a writer/consultant in Harrisburg, Pennsylvania (USA). He holds a bachelor’s degree from Towson University, Maryland (USA). He is a former police officer and corporate security analyst who has spent the last 20 years working as a 911 telecommunicator. He is Senior Dispatcher at Cumberland County Department of Public Safety, Carlisle, Pennsylvania (USA).

Maygra: An open letter to Columbia 9-1-1 district leadership (OR)

As a taxpayer in the Columbia 9-1-1 Communication District, I feel compelled to address some concerns I have about some actions being taken at 9-1-1. The issue I am referring to is regarding the committee you have formed to discuss the facets of a new radio system. I also understand that you have made the decision to keep these meetings private… READ MORE

The concept of “professionalism” was Grogan’s segue into changing the classification system for emergency dispatchers. He started “hearing rumblings” about circumventing a protracted timeline for again attempting to upgrade their status from administrative assistants.

“Emergency dispatchers are highly trained individuals handling critical situations,” Grogan said. “We literally breathe life into people by what we do.”