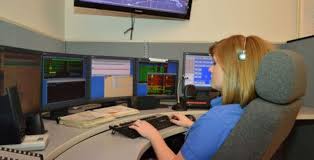 State Senator Neil Anderson (R-Moline) and Representative Dan Swanson (R-Alpha) are pushing a new bill through the legislative process that would classify emergency dispatchers as first responders under Illinois code.

“As a fireman I not only understand the stress dispatchers go through, but we rely on them a lot during emergency calls for support and vital information,” said Sen. Anderson. “This bill is a commonsense proposal and something I have been working on for several years now.”