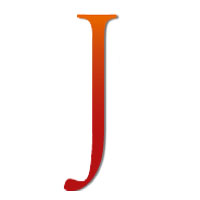 With the increase in civilians purchasing firearms for self-defense, civilians with gun in hand and fearing for the safety of their home and family have been known to confront officers arriving on scene. Sadly, multiple instances making the news involve responding officers confusing well-intended civilians with that of armed offenders and tragically using deadly force in what is referred to now as “good guys with a gun.” Increasingly, assailants are intentionally forcing officers to use deadly force, often referred to as “suicide by cop.”

Public reaction to such events, especially given the advent of smartphone videos and body cameras, has been quick to generate civilian outcries and demonstrations. Justified or not, these events can tear a community apart, cause loss of faith in police, and take a tremendous professional and personal toll on the officer(s) involved and fellow officers.

This is where Emergency Police Dispatchers and responding police officers share two crucial priorities: apprehension and scene safety. The collection of information helps apprehend the suspect and plays a pivotal role in protecting an officer’s survival in the field.

Given a review of the work of emergency dispatchers, it is recognized that the actions and decision-making by them in the first minute or two in a call can affect the outcome of the next hour or two at the scene and the success or failure of the operation, or safety of an officer. Given the rise in calls for service, with fewer officers to respond, help cannot wait until officers arrive, putting “boots are on the ground.” The collection of information such as scene safety issues, weapons used or available, injuries, and description and location of assailants are critical elements in scene safety and help officers make more well-informed tactical decisions in their response. Carefully trained dispatchers, guided by structured protocols, can more accurately identify such threats to officers by asking Key Questions related to access to weapons and threats made by the assailant. (see State of Ga. v. Christopher Calmer)

Because dispatchers are also the first contact with the caller, they have the first and best opportunity to influence those at the scene. For example, in situations with hostages or barricaded subjects, a dispatcher is the de facto “negotiator” until officers arrive.

Officers are certainly under a high degree of stress and depend upon the degree of their training and adherence to approved policies and practices. Likewise, police dispatchers suffer similar stress in dealing with challenging callers who are often hurt, frightened, and angered, all while concerned for officer safety. Emergency dispatchers need a plan to manage stress that adheres to carefully worded guidance as found in a Priority Dispatch System™. Such a resource in stressful situations helps to eliminate errors or omissions in information collected and the instructions given. Responding officers receive the consistent quality of information they depend upon to ensure their safety and effectiveness.

After almost 40 years of using a priority dispatch response system, the emergency dispatch profession has learned that help begins with answering the call and continues until officer arrival on scene. This is referred to as “zero response time,” where emergency dispatch professionals, guided by well-thought-out protocols, can immediately offer lifesaving Pre-Arrival and Post-Dispatch Instructions to callers.

In my decades in public safety I have seen great strides in the professionalism of our sworn officers. I look forward to the time when our dispatch centers adopt a standard of care in police call answering and dispatching. The two share a common thread in officer safety and quick apprehension of offenders, while protecting the public. I pray that in doing so, may we all be spared the sad occasion of adding another officer’s name to a memorial wall.